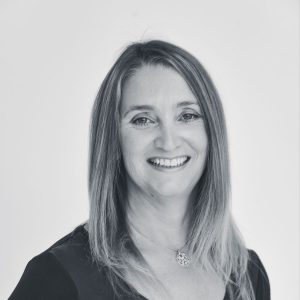 Sam moved to Salisbury when she was 10 years old and attended dance classes at The Salisbury School of Dance nearly every day after school. From there, she went on to train at one of the UK’s most prestigious Dance and Musical Theatre Colleges – Laine Theatre Arts, for three years full time in all genres of Dance, Musical Theatre and Drama. At Laines Sam also gained her full teaching qualifications in ballet, modern and tap.

Sam then embarked on a ten year career as a professional dancer in Theatres and TV world wide, working with the UK’s top choreographers and directors.

At the age of 28 Sam was offered a position at Stagecoach Theatre Arts in Surrey, as a Children’s Theatrical Agent and Schools Inspector, where she found professional work for children in the West End, TV and Film. During this time Sam opened her own Theatre Arts Schools where she had over 350 budding starlets training in Dance Classes, Singing Lessons and Drama Classes! Many of whom worked professionally in TV and Theatre, in productions such as the West End’s production of “Oliver” and “Chitty Chitty, Bang Bang”.

Sam moved back to her home town of Salisbury in 2008 where she opened Starcast. She has mentored many students who have gone on to professional full time Theatre Colleges such as Laines, Wilkes Academy and Mountview. Also Sam has worked alongside Starcast’s affiliated Agency “Hashtag” to help cast children in shows such as “Evita” and  “Miss Saigon” and to work as professional actors in  TV adverts, films and theatre.

Sam loves working with the children and teenagers in Salisbury, she believes the students really appreciate and respect the training and opportunities that Starcast offers.

Sam has such a strong beliefs that Theatre Arts can benefit every child. With Starcast she hopes the children will learn to be confident, expressive, diligent and happy – skills for life!