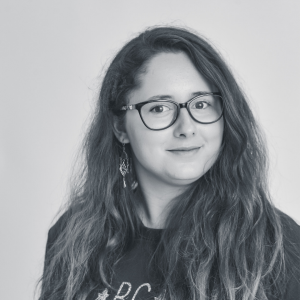 Katie is a passionate singer-songwriter from The New Forest, England. She has been performing at paid gigs since she was 16 years old and has dedicated her life to the love of music. She started songwriting aged 12 and has been developing her compositional and vocal technique skills ever since.

Recently she has been awarded a Creative Musicianship BA Hons Degree from London’s British Institute of Modern Music 2017. In January 2018 Katie’s songs Winter and Snowdrops featured on BBC Introducing Solent.

These are both from her debut EP (Winter) that was released in December 2017. She has also performed at Festivals such as Wickham and V-Dub Island. Alongside her singer-songwriter career she loves to teach Vocals and Songwriting. She finds it very rewarding to watch and nurture students, helping them to reach places they don’t think they can.

Katie is really excited to be part of the Starcast Team.